It’s been a worrying few days since I wrote in my last post that my friend Jackie was going to take me to the Doctor in Kalives. We went first thing Thursday morning and I was so relieved that Jackie came with me. She can vouch for this doctor because she has also had to consult him on something a few months ago. I was grateful for her reassurance on all counts. Also it was a comfort to know that this doctor understands and speaks good English. After listening to what I told him about my symptoms and then examining me, his diagnosis was leaning toward Rheumatoid Arthritis. I would need a blood test, other further tests, maybe X-rays and then treatment. I know this is not looking good for me but I refuse to change my normal optimistic nature and my generally positive outlook. I have started the ball rolling and will do whatever it takes to improve my situation so that I can continue to lead my wonderful life here on Crete.

Now I have the problem of paying for all these tests and whatever treatment I may need thereafter. It was suggested I borrow and use someone else’s EKA book for payment and this is considered quite normal among the Greeks. However, recently the authorities have ‘cottoned on’ to this scam and are now thoroughly checking claims. If found out, the authorities take the book from the person who’s registered for EKA and tear it up! No way would I risk anyone’s right to their healthcare, for the sake of my own!

So the other alternative was to go to the Accident and Emergency Department at Chania Hospital. Lisa offered to take me there on Friday and again – I was so grateful for her company because I was quite dreading the visit! I’ve never been in a foreign hospital before and it had the effect of making my health problems seem more serious! Everyone told me I should lay it on thick – arrive there in huge discomfort, Lisa trying to help me walk and throw in a few tears to boot! As it turned out I needn’t have worried because the A & E Department of Chania Hospital is almost like a doctors’ open surgery. It was interesting to see the local Greeks come and go, mostly with non-urgent ailments that would have been thrown out of A & E or Casulaty in the UK! It was very efficient too! Within the first hour I had been seen by the head doctor there and listened to and examined – though with a little more difficulty because of the language barrier. Nevertheless, they swiftly took my temperature, blood pressure and gave me a test which involved clamps and suckers which they attached to me and a machine of some sort! I have absolutely no idea what that was! Next they took a blood test, asked me for a sample and then we waited. Generally, the whole process was orderly, efficient and calm and I was pleasantly surprised by the whole experience. We got the results about four hours later and the diagnosis was the same as the doctor in Kalives suspected.

The head doctor was the person who explained all their findings and although the blood test showed up nothing serious, she advised me to see a specialist as soon as possible. The Hospital didn’t have a specialist in house so she gave me the name and telephone number of one based locally in Chania. So on Monday I returned to the Doctor in Kalives to bring him up to date, show him all the paperwork from the hospital and make the appointment with the specialist. It turned out he knew the specialist the hospital had recommended, in fact he knew him personally! He telephoned his friend immediately and made the appointment for Wednesday. What service!

This is a lot of information for me to take in and all so quickly. If I had been in the UK it would have taken several weeks, even months maybe, to have reached as far as I have now! Isn’t that a good thing? I should have much less time to suffer and less disruption to my life. I’m sure that much of it has to do with the population here on Crete, which in 2011 was only 623,065! The sheer volume of people in the UK means there just aren’t enough professionals to go round!

I consider myself very lucky to be living in Crete, even with health problems. But I cannot be thankful enough for the countless ways I have been looked after, by my dear friends here. I am extremely lucky to have met so many lovely and genuine people. It’s not just about tea and sympathy either! Jackie was a love for the first doctor’s meeting and then for supplying me with much needed co-codamol. Sadly, I missed out on Bob’s Birthday Bash in Chania on Saturday night, where I would have spent dinner with Jackie, Derek, Nancy and Bob. I just felt drained and would not have wanted to lower the mood by discussing my new health problems. But Derek dropped by for a cup of tea and a hug yesterday! Pauline, bless her, had called at my apartment on Saturday, to see how I was and has just offered to go with me to the specialist because both Jackie and Lisa have work commitments. Thank God because I am still a bit of a wus when it comes to going anywhere I’m not familiar with and I just know I would get lost! Lisa was a darling for waiting out the five long hours in Chania’s A & E Department, keeping me good company. She speaks far better Greek than I so she was a real help there. 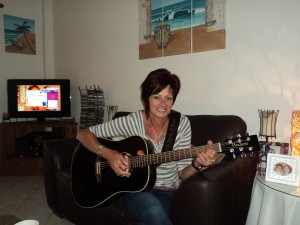 Then on Sunday afternoon Lisa came to my apartment and we spent a very pleasant few hours relaxing and chatting on my sofas inside as it was raining all day. She even brought her guitar and played really well! I had a quick bash but have forgotten how to play. It was a nice chilling and restful afternoon and just what I needed!

My lovely friends have all given up their time for me, when I most needed it. They have taken the place of family and friends in the UK who obviously can’t be here with me but whose support I can always have, thanks to skype and modern technology.

One thought on “Thank God For Such Good Friends.”